Here is the release of a carousel optimizer used to write the following paper:

Here is a screen shot: 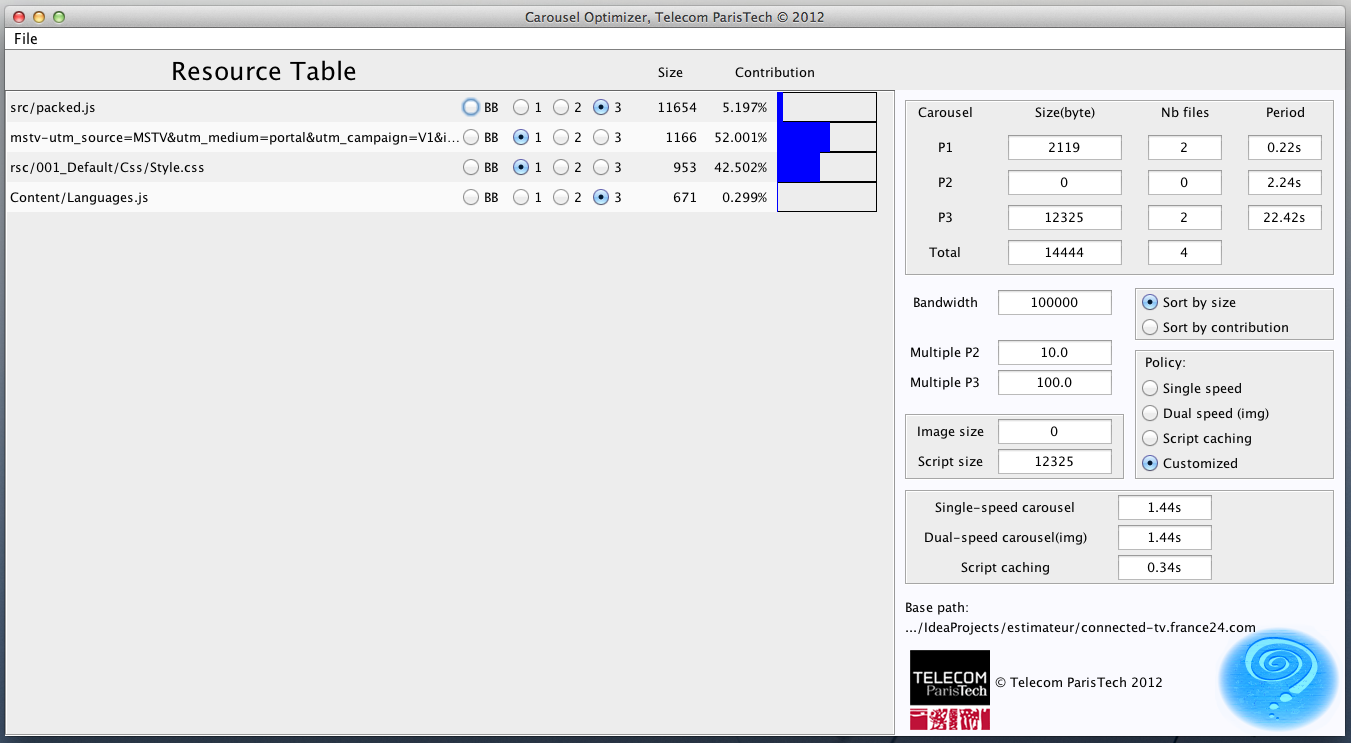 It is written in Java.

The source is here.

The executable jar is here.

When you launch it, it pops a file dialog, select a directory in which all files belong to the HbbTV app you want to optimize, then press “choose”.

It then pops a window like the one above, and lets you fiddle with the different options.

On the right, you can edit:

You can also choose:

On the right bottom:

This software is released under the LGPL v2 license.

Ideas for this software were developed during the openHbb project.

This site uses Akismet to reduce spam. Learn how your comment data is processed.